We look at the main reasons why forex traders lose money and provide tips from the experts on how to improve the odds.

Forex is one of the most exciting instruments to trade and millions of people every day come to the market hoping to make it rich and change their lives. In fact, it’s estimated that approximately 10 million people trade forex online any day of the week. Forex is also the largest and most liquid market with a daily trading volume of 5.1 trillion. This is a massive jump from about 1.2 trillion in 1995.

Choose your quick section of our why Forex brokers lose money below.

Our overview of why Forex traders lose money revealed:

The unfortunate reality of forex trading

The unfortunate reality is far more people lose money on forex trading than they make profits. Only 1 in 3 people (30%) actually achieve positive monthly returns. That means some 7 million people are losing money every day trading forex.

When an anonymous survey request was put up by Nottingham Trent University on two online forex forums, the results were not surprising.

the most common cause of these losses was the use of trade sizes that were too large; with nearly half stating this was the cause of their worst trade

️​ when asked what single area a trader would like to improve, most traders focused on psychological issues rather than system ones 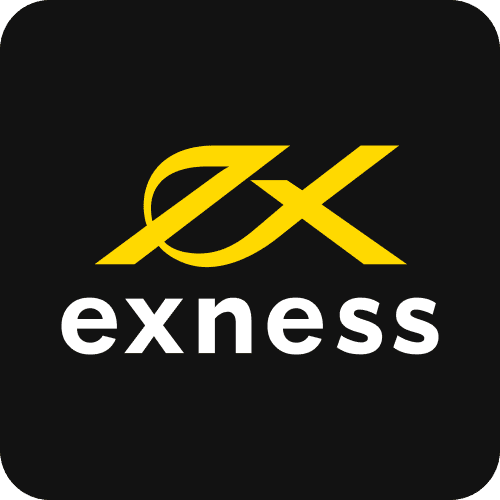 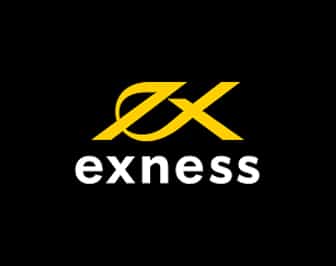 ONE simple reason why the average forex trader loses money

It’s simple; the majority of forex traders lose money because they let emotions get in the way of human reasoning.

Even the most experienced forex traders make mistakes and lose money when they let their emotions get the better of them. It’s human nature and emotional trading happens all the time, no matter how disciplined you are and what trading strategy you follow. The trick is knowing how to get off the emotional roller-coaster when positions are running.

Probably the most significant flaw losing traders suffer from is an overwhelming urge to win every forex trade. Making a profit on every trade is not realistic, so it’s best to get over the crushing blows to your self-esteem every time you’re down on a trade and learn to manage your expectations better.

Does this sound familiar?

️​ A trade moves against you and you cannot let go; you hang on, desperate for the position to come back.

️​ A trade moves in your favour and you panic; you close the position, fearing that it’s too good to be true and your luck will run out.

An overwhelming urge to make money on every trade will lead to expensive fails and not only devastate your bank balance but also your confidence. There are three simple things you can do to reign in your emotional trading dilemma.

The forex market is unpredictable, get used to the fact

Even with the most reliable fundamental and technical analysis, the forex market can turn on you like a well-trained crocodile. Get used to that fact and you’re one step closer to trading rationally and not emotionally.

Always enter a position with a rock-hard exit plan

Trading forex without a sell stop order is like driving a car without brakes. The main purpose of stop loss orders is in the name itself. To stop loss! They were created to reduce the risk of trading financial instruments and limit your losses. Prioritising stop loss orders over chasing profit targets is a discipline you need to adopt if you don’t want to become another forex trading statistic.

Plan your trade and trade your plan

The world’s most successful forex traders can’t be wrong when they say, “plan your trade and trade your plan”. What does this mean? Basically, stick to the road you chose and don’t take a detour.

Having a solid trading plan in place is vital when entering a position. But what’s more important is sticking to your plan. A trading plan is your road map, or for the millennials your GPS. If you know whenre you are going and how you’re getting there, you won’t go off on an emotional walkabout that could see you lose buckets of money.

Never risk more money than you can afford to lose

How much of your capital are you willing to risk on each trade? That’s a key element of your risk management strategy. The experts say day traders should risk less than 1 percent of their capital on a single trade. Therefore, a stop loss order should close out a trade if it results in no more than a 1 percent loss of trading capital.

Often the biggest culprit to blame when you lose money is yourself. The majority of beginner forex traders get overenthusiastic or overconfident in their trading skills and self-control goes out the window. They can’t resist the temptation to overleverage and overtrade.

Trust us! Resist temptation and stick to your trading plan; you’ll thank us for this tip later.

Accept responsibility for losses and mistakes; take it on the chin and learn the lesson. There’s no point blaming the markets, bad quotes or your broker when 9 out of 10 times, you only have yourself to blame.

If your bank won’t lend you 400 times what you could ever afford to pay back, why should you take 400 times leverage from your broker? It’s simple; don’t be tempted to trade out of your capabilities. The biggest mistake new forex traders make is overtrading and overleverage. If you continue to jump in and out of the forex market on emotion and greed, you’ll lose a lot of money for sure.

Forex trading isn’t a “get rich quick” scheme. If it were, everyone would be trading forex. You need to start trading forex with a realistic expectation of what you can make each month, based on how much capital you are willing or able to trade.

The most successful forex traders in the world are part of a small and elite group. There’s not too many of them to be frank. You’ll find that they have four things in common:

Here are a few golden nuggets that have been shared by the three most successful forex traders in the world. For more valuable teachings, you can visit their official websites.

George Soros: “the man who broke the Bank of England”

George Soros gained international notoriety when, in September 1992, he risked $10 billion on a solo currency speculation when he shorted the British pound. He turned out to be right and on one single day, the trade generated a profit of $1 billion.

In 1973, Soros founded his own hedge fund company of Soros Fund Management which eventually evolved into the well-known and respected Quantum Fund. The firm reportedly racked up returns in excess of 30% per year and, on two occasions, posted annual returns of more than 100%.

️​ “I’m only rich because I know when I’m wrong…I basically have survived by recognizing my mistakes.”

️​ “If investing is entertaining, if you’re having fun, you’re probably not making any money. Good investing is boring.”

️​ “The financial markets generally are unpredictable. So that one has to have different scenarios… The idea that you can actually predict what’s going to happen contradicts my way of looking at the market.”

Stanley Druckenmiller: the “other man who broke the Bank of England”

Stanley Druckenmiller is one of the most successful forex traders of all time. He founded the fund Duquesne Capital in 1981 at the age of 28 and at the time of closing, the fund had over $12 billion in assets. To put this in context; the fund was opened with just $1 million dollars.

Famously, Stanley Druckenmiller “broke the Bank of England” along with his good friend George Soros by heavily shorting the British Pound Sterling based on the instability of the exchange rate between the British currency and the German Deutschmark. This particular trade lead to the pair making a record breaking $1 billion profit in just a single day.

️​ “The way to build long-term returns is through preservation of capital”.

️​ “The two elements of profitable trading is limiting drawdowns of existing capital and letting winners run to maximize growing it. You have to trade with enough size to make your wins meaningful but at the same time limit the size of your losses with the exit plan.”

️​ “The speculative urge that lies within most of us is strong; the prospect of free lunch can be compelling, especially when others have already seemingly partaken. It can be hard to concentrate on losses when others are greedily reaching for gains and your broker is on the phone offering shares in the latest “hot” initial public offering. Yet the avoidance of loss is the surest way to ensure a profitable outcome.”

️​ “The mistake I’d say 98% of money managers and individuals make is they feel like they got to be playing in a bunch of stuff. And if you really see it, put all your eggs in one basket and then watch the basket very carefully.”

Bill Lipschutz is a co-founder and Director of Portfolio Management at Hathersage Capital Management. He’s also one of the most successful forex traders in the world. Ironically, his career as a forex trader started accidentally and almost bombed out before he had really gotten started.

While he was studying at Cornell University, Bill inherited $12 000 worth of stock after the death of his grandmother. Lipschutz started investing the risk capital in his free time, spent hours in the library to read and research everything possible related to the market and managed to grow his portfolio to close to $250 000.

However, this great success did not live long because one bad decision and a turn on the market blew up his portfolio. But Lipschutz did not give up though; instead, he considered this loss a valuable learning experience to apply to his future investments.

He later joined Salomon Brothers and by 1985 was making $300 million plus per year for the firm. Lipschutz formed Hathersage in 1995 which is a currency hedge fund management company. The $200 million company manages only fourteen investors and is run by Bill, his wife and a few old trading friends out of their homes.

️​ “I always suggest taking things one position at a time. Two or even three positions for the more experienced trader is doable, but it isn’t necessary. In fact, the more trades you take, the less of a chance you’ll have at becoming consistently profitable. This is especially true when you are just starting out in the Forex market.”

️​ “If most traders would learn to sit on their hands 50 percent of the time, they would make a lot more money.”

️​ “The name of the game is perfecting the process. It’s about problem-solving and an endless pursuit of a trading style that fits your personality.”

️​ “If a trader is motivated by the money, then it is the wrong reason. A truly successful trader has got to be involved and into the trading, the money is the side issue… The principal motivation is not the trappings of success. It’s usually the by-product – simply stated ‘the game’s the thing’.”

️​ “When you go through a losing streak all the self-doubts come out and you do get very reluctant to pull the trigger. There is nothing you can do that is right. Just every single thing you do is wrong. That is something you just have to learn to control. You really have to learn how to control that fear. You have to feel the pain of a bad trade, or a wrong trade. If you don’t, and are numb to it, then it’s over.”

Forex Trading Africa annually reviews brokers regarded as the best in the world and provides information on the products, fee structure, market analysis and service they offer. We aim to provide important information for you to base your decisions on when choosing the right forex broker for your needs.