Home » Cryptocurrency Trading » BITCOIN VERSUS ETHEREUM : WHICH ONE IS BEST?

BITCOIN VERSUS ETHEREUM : WHICH ONE IS BEST?

Bitcoin or Ethereum? Good question if you’re as excited as we are about the dramatic surge of interest in cryptocurrencies around the world. Let’s look at which one is better and how can you trade them on the forex market?

It’s natural to compare the two as they dominate the currency trading market. Bitcoin is represented as BTC and Ethereum as ETH on the market.

Bitcoin (BTC) is the largest cryptocurrency by market capitalisation and needs no introduction as it’s taken the world by storm since it was launched in 2009.

Launched in 2015, Ether (ETH) doesn’t get the same hype as Bitcoin but it’s now the second-largest digital currency by market cap after Bitcoin. Ether is the digital token of the Ethereum network.

The world’s two largest cryptocurrencies are similar in many ways but there are vital differences.

Ethereum followed in Bitcoin’s wake as a hard fork to the protocol of the blockchain technology. It was meant to be another use-case of a blockchain that supports Bitcoin and essentially should not compete with Bitcoin.

However, the popularity of Ethereum’s digital token (Ether) has made it a cryptocurrency force to be reckoned with on the forex market.

Bear in mind, Ethereum’s digital token (ETH) may be challenging the world’s largest digital currency but it’s still much smaller in terms of market cap.

Big difference between Bitcoin and Ethereum

The big difference is Bitcoin is a cryptocurrency and Ethereum is a token.

Bitcoin is digital money. It has a store of value and it’s a way to invest, send or receive money from someone. Store of value means an asset maintains its value and doesn’t depreciate.

Ethereum is ledger technology for dApps (smart contracts). It also offers the market a digital token which can be used to pay for things but that’s not its sole purpose. The ledger technology allows users to send tokens (ETH) that represent a value based on a contract between parties. These values can be things other than cryptocurrencies.

Bitcoin’s transactions are manual and done in minutes.

Ethereum’s transactions are automatic/programmable and done in seconds.

That’s the simplest way to remember the big differences between Bitcoin and Ethereum.

Bitcoin vs Ethereum : what’s the same?

Why Bitcoin is so popular

What started as the digital version of a gold coin to invest in and save for a rainy day has now become an innovative means of payment. Bitcoin as a payment currency started slowly but more and more merchants are accepting Bitcoins for everything from real estate, plane tickets and cremations to Rolls-Royces, Rolex watches and Brazilian butt lifts.

Where to spend Bitcoin in South Africa

Bitcoin was launched in 2009 by a mysterious programmer named Satoshi Nakamoto. This mystery ‘person’ may even be an ‘actually’. That’s the collective noun for a group of programmers. It was the first digital currency on the market and the first use of blockchain technology. Bitcoin was simply created to bypass centralised government and bank controls.

Satoshi designed Bitcoin to operate off a decentralised network that is independent of central authority or servers. The decentralised, peer-to-peer cryptocurrency system allows investors and users to process transactions through digital units of exchange called Bitcoins (BTC).

A Bitcoin payment is processed through a private network of computers linked through a shared distributed ledger. Bitcoins are not issued like traditional fiat currencies by a central bank or financial institution. Rather, they are ‘mined’ by participants in the peer-to-peer network who need to solve increasingly complex mathematical algorithms in order to verify transaction blocks to be added to the blockchain.

If you’re buying and selling Bitcoin in South Africa as opposed to mining it, you can do so in much the same way you would trade forex via a broker or financial institutions that offer Bitcoin. The virtual coins are placed in a Bitcoin wallet and can only be accessed through a Smartphone or desktop computer. Bitcoins don’t physically exist like fiat notes and coins.

Why Ethereum is so popular?

Ethereum is 6 years ‘younger’ than Bitcoin and came out at the same time as other hardfork cryptocurrencies such as Litecoin and XRP. The difference is it’s not a cryptocurrency but rather supercomputer technology that helps developers create smart contracts, otherwise known as a dApps.

A dApp or smart contract is an automated programme that runs on the Ethereum blockchain. Basically, it’s a collection of code and data that resides at a specific address on the blockchain. It allows developers to define rules like a regular legal contract and automatically enforce them via the code.

Using blockchain technology, Ethereum automatically executes, controls or documents legally-binding events and actions according to the terms of a contract or an agreement between parties. The contract is entirely digital and the proof of transaction can never be deleted because it’s securely locked into the blockchain.

dApps eliminate the need for third parties in many cases and reduce the need for trusted intermediators and arbitrations as well as seek to eliminate fraud losses and malicious or accidental exceptions.

An offshoot of the dApp functionality was the creation of Ether (ETH). This is the system’s digital token which is built on the blockchain. Ether was never meant to challenge Bitcoin as an alternative cryptocurrency but it’s popularity in recent years as a method of payment is giving Bitcoin a real run for its money.

Basically, where Bitcoin is virtual money; Ether is the fuel that powers transactions on the Ethereum blockchain. It’s used by developers to build and run applications on the platform. It is now traded as a digital token on exchanges in the same way as other cryptocurrencies like Bitcoin.

Ether has a store of value and is highly liquid. Ethereum transactions can take place in seconds, as opposed to Bitcoin which takes minutes.

What has led to Ethereum’s popularity explosion is the recent development of DeFi.

DeFi stands for decentralised finance. It’s the merger of traditional bank services with decentralised technologies such as blockchain. It also goes by the name of Open Finance. DeFi is a revolutionary concept and since its inception, has seen the demand for Ether surge.

DeFi is expanding the functionality and reach of money. All you need to participate in the DeFi community is a Smartphone. It’s an exciting prospect where people around the globe will be able to access financial services in the crypto space.

DeFi is the fastest growing sector in blockchain. DeFi means tokens like Ether are outperforming many of their counterparts. It’s a key driver behind the success of Ethereum and the demand for Ether.

Bitcoin, Ethereum and other cryptocurrencies experienced a surge in the last half of 2020 which was reminiscent of the boom months in 2017. It certainly gave investors a lot to be excited about after a three year slump in cryptocurrency prices.

In mid-2020, Forbes reported some of the world’s biggest cryptocurrency exchanges were witnessing an influx of new users in the wake of the Covid-19 crisis and the devastating impact on world economies from hard lockdowns.

2017 saw the Bitcoin price climb from under $1 000 per Bitcoin at the beginning of the year to around $20 000 by the end of the year. This was largely driven by retail investors FOMO (fear of missing out). In mid-December 2020, the price of Bitcoin hit a new all-time-high when it reached $20.820.

Much credit for the 2020 end-of-year cryptocurrency boom is given to India reversing a near two-year effective Bitcoin ban in March 2020. Trading volume in the country rocketed by 800 percent in the two days after the ban was lifted.

Not to be left behind in the dust, both Ethereum and XRP gained momentum in the same period and both hit their own all-time high. Ethereum jumped 7 percent to its highest since June 2018, taking gains of over 25 percent in just 3 days.

How to trade Bitcoin and Ethereum on the forex market

Remember, you aren’t trading Ethereum but rather its token which is called Ether (ETH). Bitcoin is represented as BTC on the forex market.

If you’re new to cryptocurrency trading, choose a reputable broker who is regulated by a top-tier authority. Register and open a trading account and set up the trading platform of your choose. We recommend MetaTrader (MT4) for beginners.

Trading cryptocurrency is different to trading fiat currency pairs but the approach is the same. Use fundamental, technical and sentimental analysis combined with advanced charting to decide on what cryptocurrency to trade.

Decide on how much risk you’re willing to take and use the tools on the trading platforms to limit your risk. This includes setting Stop-loss orders and choosing leverage that’s right for you.

If you are a beginner cryptocurrency trader, start off using a Demo account which involves trading with ‘fake’ money so there is no risk of losing your own money.

Step 3: Study the charts and news

Ensure that you’re fully up-to-date with news and latest developments involving Bitcoin and Ethereum. A good trading platform like MetaTrader4 has all the charts, indicators and market insights you need to help you decide when to open and close positions on cryptocurrency-fiat combo pairs.

Fundamental analysis looks at the bigger political-economic-social picture while technical analysis examines previous price movements for Bitcoin and Ether on the pricing charts. There are a huge range of tools available on MT4 that you can use when doing technical analysis. These include Bollinger Bands, MACD, RSI and the Fibonacci indicator for support and resistance levels.

When you’re ready to trade Bitcoin and Ether, select either one and open a deal ticket.

Select the size of your trade, set any stops or limits and then submit the ‘buy’ position which will either be long or short.

Close your position on Bitcoin or Ether is the same way you opened it.

Bitcoin solely functions as a digital currency while Ether is the digital fuel that powers the Ethereum cryptography that generates dApps (smart contracts). Basically, Bitcoin is a cryptocurrency and Ether is a token.

Surprisingly, while Ether was never meant to challenge Bitcoin, it certainly is. Some say Ether may overtake Bitcoin’s position on the cryptocurrency leader board. Bitcoin dominates in terms of market capitalisation but it has seen much of its market share eroded since 2017 with the launch of digital coins and tokens such as Ether, Litecoin, XRP and Dazzle.

Bitcoin is abundant and there’s no end to what you can do or buy with the cryptocurrency. Ether is simply a token product of Ethereum which is supercomputer technology that offers a decentralised platform to generate dApps (smart contracts). It’s USP is the recent rollout of DeFi which is the cryptocurrency world’s attempt to integrate with traditional financial institutions.

While Ether performs in the same way as Bitcoin as a payment currency; for the time being, Bitcoin dominates share of market and merchants are taking up Bitcoin at a faster rate than Ether.

Whether or not Ethereum – or Ether – will overtake Bitcoin remains to be seen. Ethereum is certainly a digital phenomenon to keep your eye on and look at as an investment.

Trading cryptocurrencies carries a high level of risk and may not be suitable for all traders and investors. Before you start trading cryptocurrencies on the forex market, set your investment objectives and consider your appetite for risk. Fiat and currency trading could lead to you losing a large amount of money, particularly if you trade on leverage. 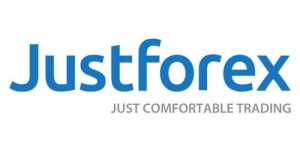